The perfect wave’s got an environmental dimension, an interview with Grégory Lemoigno of the Surfrider Foundation Europe

Take a trip through  the looking glass with me? If in general popularity meant picking up garbage, then the independent thinker would litter. Personally, in complete contradiction to our cause, I’d mourn the past definition of the underdog. But at the same time it would mean that the many would be able to reach the surf without ever having to drag waste between their toes, at all times.

Because this topsy-turvy thought doesn’t represent the world we live in, demonstrated by the man-made ‘mermaid’s tears’ in the Pacific, the Surfrider Foundation started in the midst of the colorful eighties with a few surfers defending their local surf break. What started out as a local protest, resulted in a worldwide grassroots activist network which has over 55.000 supporters today advocating ‘to mobilize together to change behavior’.

Grégory Lemoigno of the Surfrider Foundation Europe, in charge of Heritage and Waves Program, talks by email to CirclesOTW about Surfrider Europe’s concerns, programs and success stories.

Grégory: It’s a subjective question, so I’ll give you my personal point of view. A perfect wave to me is a point break wave (coral reef, rocky point break, river sand break). It is overhead, with a barrel section. In my opinion the perfect wave’s got an environmental dimension and it is situated in a protected environment. To surf this kind of wave represents an opportunity to take advantage of the wild nature, and have a good experience with the ocean. 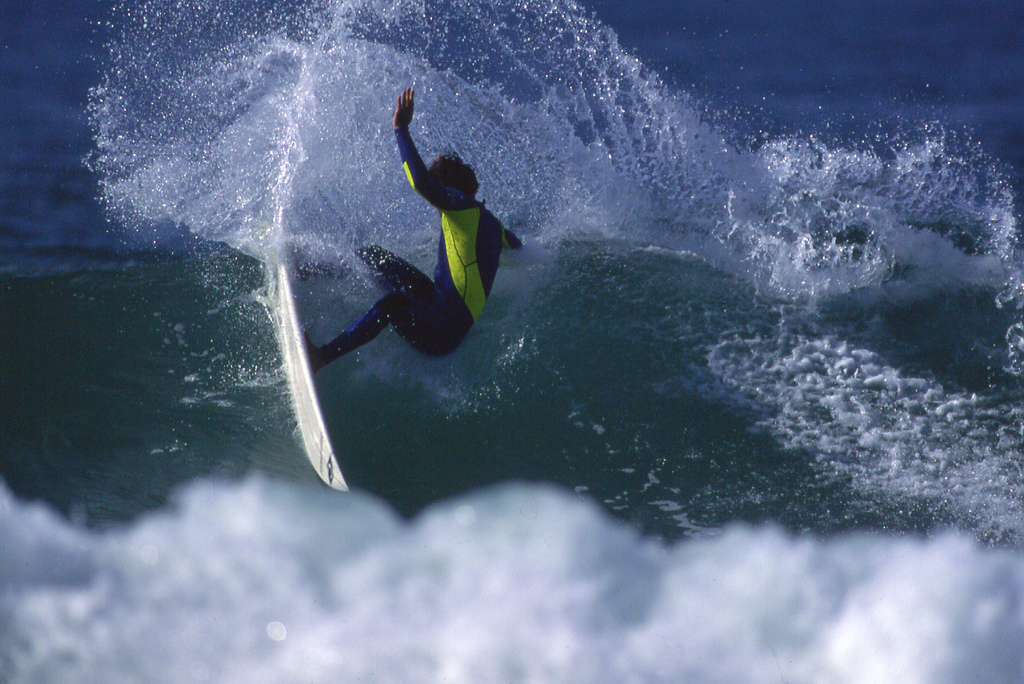 Sanderz: How does the World surfing Reserves compare to Unesco’s world heritage as far as protection and management is concerned and what is SFE’s involvement in this?

Grégory: The World Surfing Reserve program is a very interesting campaign. It’s based on the same criteria as the UNESCO (community support, environmental value, cultura value, etc). But this program only gives a symbolic recognition.

The UNESCO world heritage program permits an international recognition with a real efficient protection of the natural or cultural site.

Sanderz: What are the major environmental threats to the surf environment? 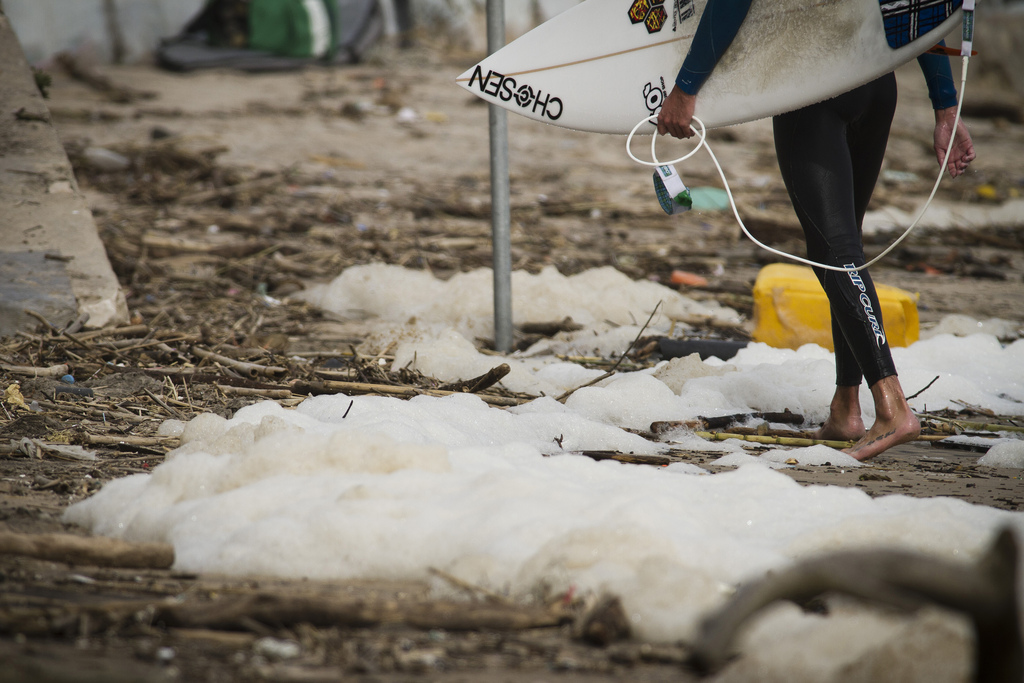 Grégory: We make a difference between two kinds of threats:

Sanderz: The Blue Water Task Force is a volunteer led monitoring program for testing and reporting beach water quality. What is actually being done with the test results?

Grégory: All the water monitoring we are doing has four principal objectives:

-A better knowledge of the water quality

-A better communication addressed to the ocean users

-Monitoring all year long (principal difference with the European Directive of bathing water, which obliges the European states to make a monitoring only in summer) 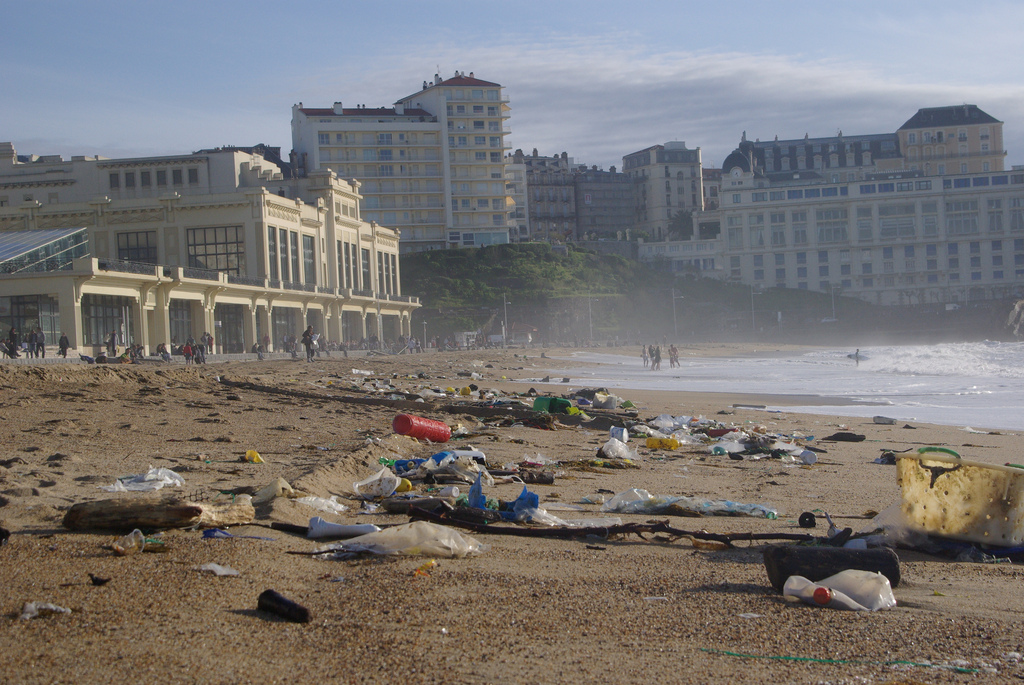 Sanderz: What are the three main influences on the quality of the water and how can this be improved?

Grégory: We generally consider that the three main influences on the water quality are:

-The waste water (coming from the treatment plant)

These situations can be improved with more efficient water treatment plants, the promotion of a responsible agriculture (better protection of the rivers, etc) and more industry control.

Sanderz: Maritime transport is one of the major threats to the world oceans. How does SFE address this increasing problem?

Grégory: Surfrider has developed a legal research program about shipping pollution in order to identify the lack of legislations and how all the stakeholders can improve the management of the ecological crisis. 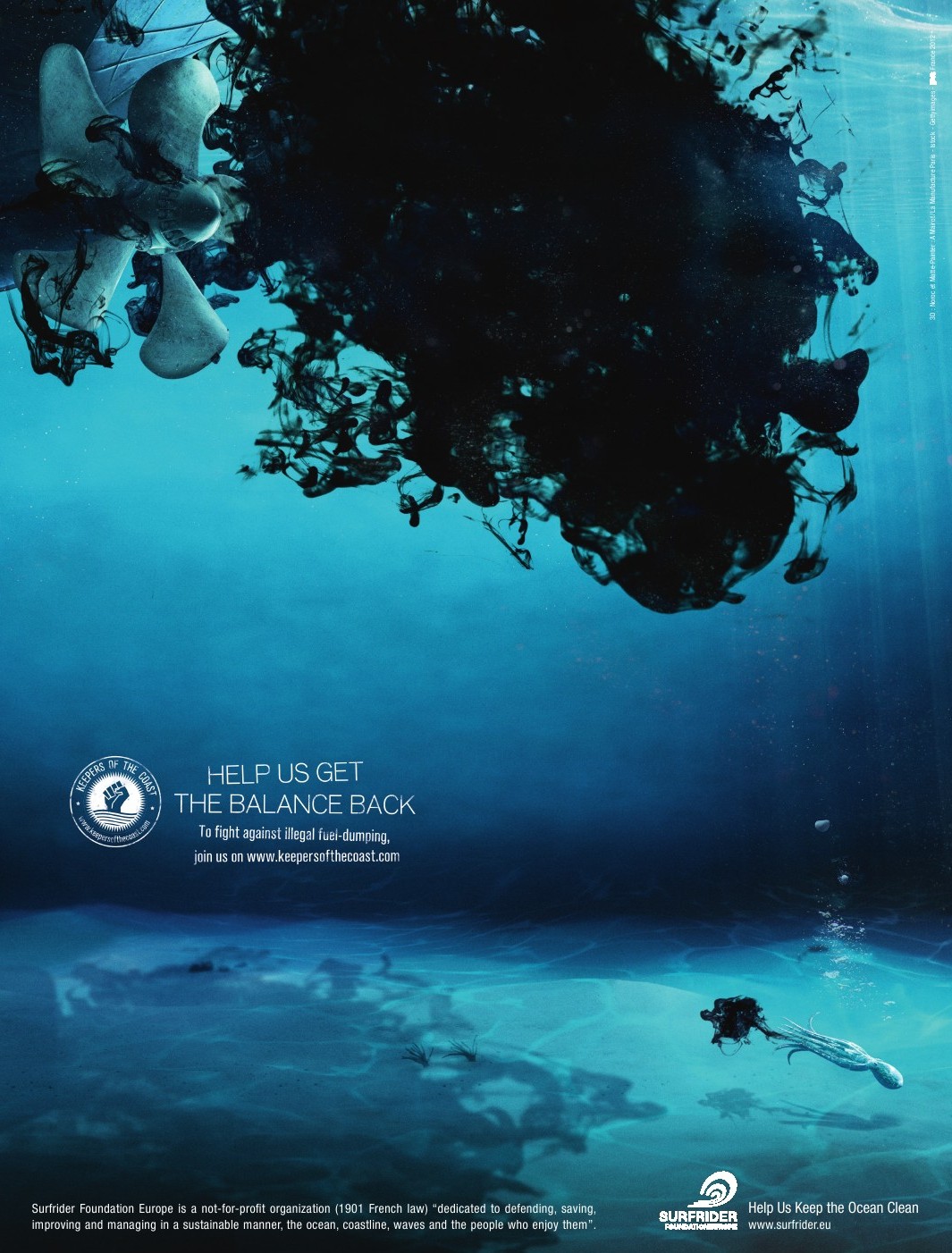 Sanderz: How big is environmental awareness among surfers in general?

Grégory: Unfortunately, surfers don’t consider the environmental degradation as a priority. Today, most of them are coming to the beach to have a good surf, but don’t really consider all the potential threats existing on their home spot.

Sanderz: Coastal management and defense directly affects the quality of surf-spots globally. What influence does Surfrider FE have on coastal management policies keeping
the ‘Keepers of the Coast’ program in mind?

Grégory: Surfrider Foundation has become an NGO which is listened to at various levels of the administration. With the Wave and Heritage program, we just started to define a real strategy to protect the surf spots.  However we were working for years on a  European level, with lobbying, focused on coastal management policies.

As you can see below some of the Keepers of the Coast fights have been won and have proven to be really influential in local decision-making. (Grégory added 2 articles)

The exploration licence will not be renewed :

For several months,a lot of people have been worried about the possible renewal of oil exploration license in the Mediterranean Sea. Granted in 2002 in a 25 000-square-km area off Marseille, the British company Melrose Resources has been waiting for 15 months for this license. Since 2010, Surfrider mobilizes for a moratorium on all the new oil rig projects in Europe as long as there is no new European norm. The Keeper and the Surfrider Bouches du Rhônes chapter organized mobilizations against the oil rigs in the Mediterranean Sea as well as a “referendum based on port initiative”, where the inhabitants of Marseille had to declare themselves against (with a white fish) or in favor (black fish) of the oil rig project. The result was unmistakable; the majority was against any new oil rig in the Mediterranean Sea. Eventually, the exploration license was not renewed. A year after the launching of the project “Sand Engine” on the Dutch coast near Ter Heijde, the construction is now over and offers great surf spots.

An environmental project that has consequences on surf spots

In order to protect coasts from erosion and flood, the project “Sand Engine” aimed
at putting a great amount of sand (20 billion of m3) alongside Dutch coasts,
creating an artificial hook-like peninsula. This sand will progressively become
eroded and move along coasts, thanks to the natural action of current, waves and tides.

To avoid risks, the province of Zuid-Holland, the rescuers and Rijkswaterstaat (Ministry of Infrastructure and the Environment, the former Ministry of Transport, Public Works and Water Management) at first decided to close the access to the Sand Engine zone and to proceed to a safety evaluation to determine whether the area could be opened to the public or not.

Our Keeper mobilized with the Surfrider Foundation Holland chapter

Martijn, Keeper of the Coast and member of the Surfrider Foundation Holland chapter,
mobilized with Holland Surfing within the group “Surf Interest” in order to take part in the project and optimize the sandbank. During the consultation, Surf Interest could participate in the different stages of the debates with Rijkswaterstaat and the province, and established itself as a major representative to the government in this project. It enabled to integrate the interests of the surfers and surf schools of the region at the heart of the future issues and measures, including the construction of the Sand Engine zone.

The work carried out by the Keeper and the Dutch chapter also allowed developing
new waves and avoiding the disappearance of the existing ones. According to Martijn,
‘it was necessary to consider the quality of the wave and the security of the surfers, but also to carry a permanent monitoring and management of the Sand Engine.’

Today, the zone is accessible to the coast users and surfing is officially recognized
and registered at the Sand Engine. The Dutch chapter is still mobilized in order to guarantee a sustainable access to this zone.

Check out more about the Surfrider Foundation Holland chapter at http://www.surfriderfoundation.nl/

Grégory: We are concerned at two levels:

Considering the biodiversity, the acidification is a real global problem. This effect of global warming affects a lot of coastal ecosystems all over the world.

Considering the users and more especially surfactivity, the rising sea level is a real problematic effect. This becomes a real stake for a lot of local communities. The response usually adopted is to put various kinds of systems on the coastline to prevent the coastal erosion. Many times, these sea defenses could affect the swell propagation and threaten a
surf spot. Sanderz: What do you do in your daily life to reduce your carbon footprint?

Grégory: I try to do little things in my everyday life:

Find out more about the Surfrider Foundation Europe on
http://www.surfrider.eu/